How Coffee Can Help Keep Your Brain Healthy

University Hospitals has been a client of American Reading Glasses for some time. They purchase reading glasses for their patients year round. We love coffee and wanted to share this article they wrote. If you'd like your healthcare facility to carry you favorite reading glasses, let us know. In the meantime, enjoy reading about one of the world's favorite beverage. 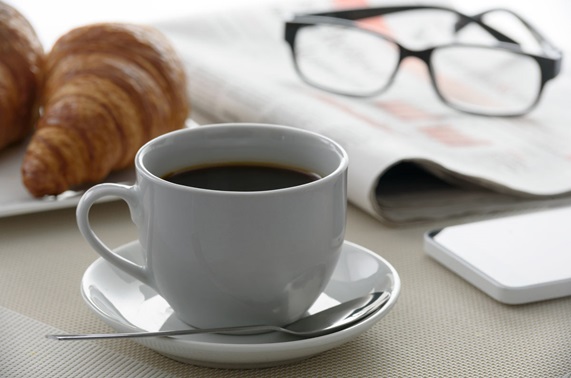 Researchers believe the benefits of caffeinated coffee may be attributed, in part, to detoxifying enzymes known as glutathione S-transferase.

A high-test coffee habit may decrease a person’s chance of developing neurological conditions as long as consumption is capped at about 400 mg daily, or the equivalent of about three cups of coffee, depending on the blend and how it's brewed, Dr. Madalin says.

The potential benefits of high-test coffee include a lower risk of developing:

There are also benefits of drinking coffee on the job.

“People might be more productive at work and perform better,” Dr. Madalin says. “The risk comes with higher doses, which make some people irritable, anxious and nervous. Smaller doses are better.”

Caffeine – which is also present in some chocolates, teas and energy drinks – is considered a stimulant or psychoactive drug. Like most drugs, it can be a double-edged sword.

“It antagonizes adenosine receptors and causes the release of excitatory neurotransmitters,” Dr. Madalin says. “With smaller doses, it's beneficial, but it’s harmful or deleterious with higher doses.”

No matter your age, Dr. Madalin offers these seven cautions about caffeine:

Karla Madalin, MD is a neurologist at University Hospitals Bedford Medical Center. You can request an appointment with Dr. Madalin or any other doctor online.